Get ready for the largest and most exciting DLC for Euro Truck Simulator 2 so far. This map expansion features Sweden, Norway and Denmark, with mile upon mile of scenic roads and numerous landmarks to see across these three beautiful Nordic countries. New ferry terminals also allow you to board ferries directly and access the coastal cities plus use new sea routes to ports in northern Germany, Poland, and the United Kingdom. Discover 27 Scandinavian cities including Stockholm, Malmö, Göteborg, Oslo, Stavanger, Bergen, København, Aalborg and Esbjerg…

Cities included in the expansion: 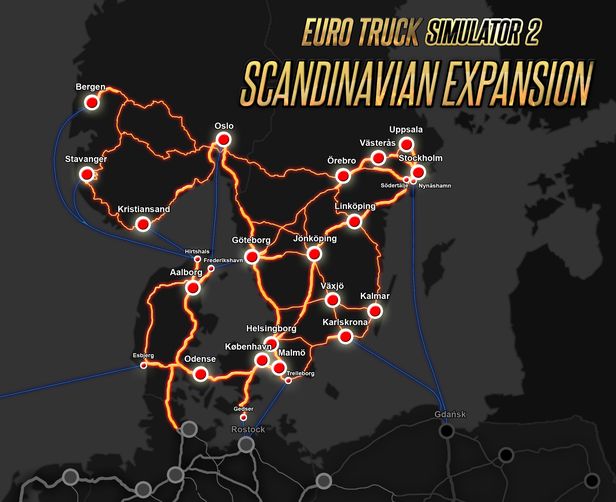